This Project is about September 11. This film discourse the story, about flight number 93. We have, many interesting challenges during this production. Specially with a cgi aircraft. Reflections of metallic materials, and so on. Especially, Airplane on the sky, is a very interesting object, even in reality does not look realistic. So we had to address similar problem. But for my part, I remember a scene that is on the end of this film. It is a time-lapse shot, which involves all 4 seasons in one year. It shows, how the country side changed, after the aircraft impact. This whole shot is, mate-paint and combinations of real material footage, layers as falling leaves, snow particles, smoke and etc. 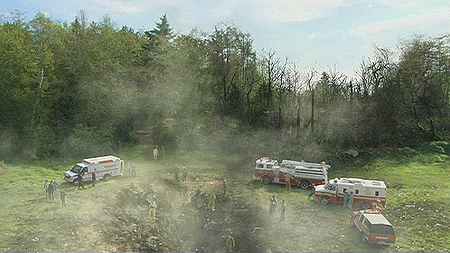 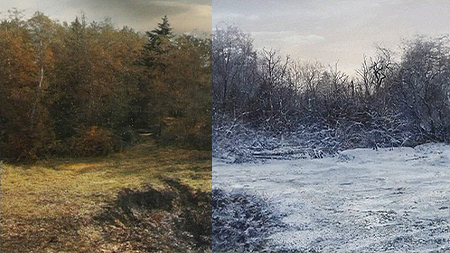