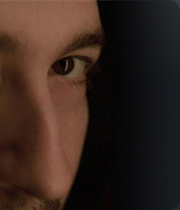 Peter went to the school of marketing and art, studying history of art, typography and graphic’s. Went on and made his mum proud. Putting the Directing school and painting to side, jumped strait in to postproduction business. He made about a zillion commercials and won some things. Then, he meet his first love, films. With in few years of hard work, Emmy nominations came. Currently, Peter working on freelance basis as a Vfx Supervisor or Lead Compositor for commercials. Easy with clients and always has a good story to tell.

During his years in the postproduction industry, Peter has worked with international clients, for markets such as Europe, Usa, Japan, China, Emirates, India and Russia. With 20 years of experience, in compositing and visual effects supervision, still loves a good challenge. He has worked on many feature films, including Alien vs. Predator, Perfume: The Story of a Murderer, Nutcracker or Prometheus. Collaborated with Directors like Kevin Reynolds, Tom Tykwer or Ridley Scott.